We were instructed to design significant extensions and internal alterations to a historic Farmhouse in Rotherham. It was built in approximately 1770 as the Manor House of a 500+ acre Estate.

We prepared scheme drawings for a full planning application, however as it was located within the greenbelt any design would be limited to a 33% extension above the ‘as original’ volume. It was not clear however what the ‘as original’ volume would be due to the fact that no planning history of the ‘original’ building was available. We therefore entered into extended pre-application consultations with the Planning Department to establish a base-line for development.

During this process many aspects of the design were discussed, such as the repairs to the original fabric and the style and Architectural langauge that the development should take to respect and compliment the original farmhouse while delivering a modern family home.

When does an extension become a new build?

In order to be classed as an extension it was necessary to retain a sufficient amount of the original fabric of the building and this was agreed with the Planners at the pre-application stage. However, during construction as the original structure was exposed and following a consultation between the Structural Engineer and specialist Contractors experienced in masonry repair, it became apparent that a considerable amount of the original structure was beyond economical and safe repair and had to be rebuilt.

The Planners determined that the removal of another section of internal wall above that previously agreed no longer constituted a repair and extension and that the development now constituted a replacement dwelling and so a new planning application was required.

In the greenbelt only a 10% increase in volume for replacement dwellings is considered acceptable, however in this case the Planners accepted that our project had special circumstances to allow the development to proceed, these being: –

Following the receipt of planning approval construction resumed and the property is now nearing completion. 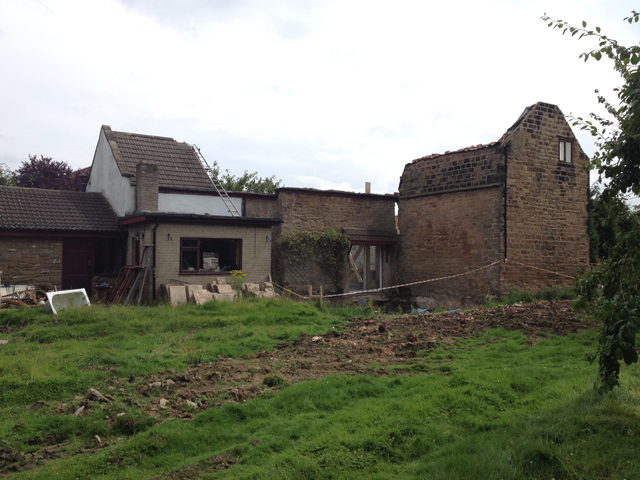 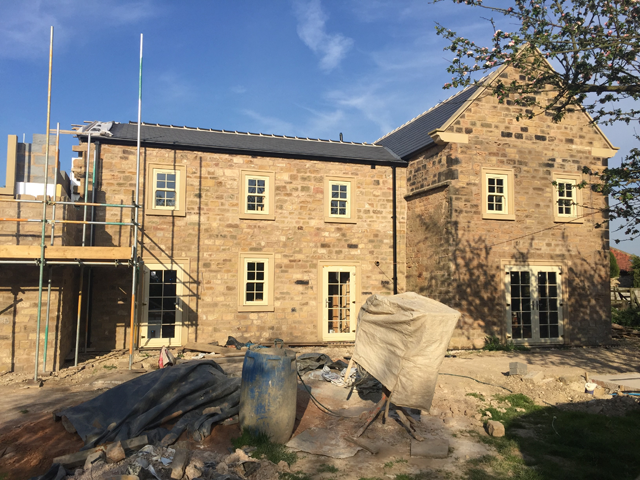 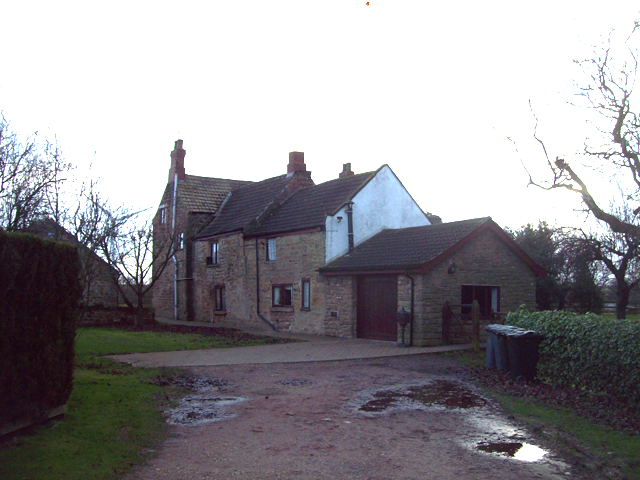 Principle elevation prior to development 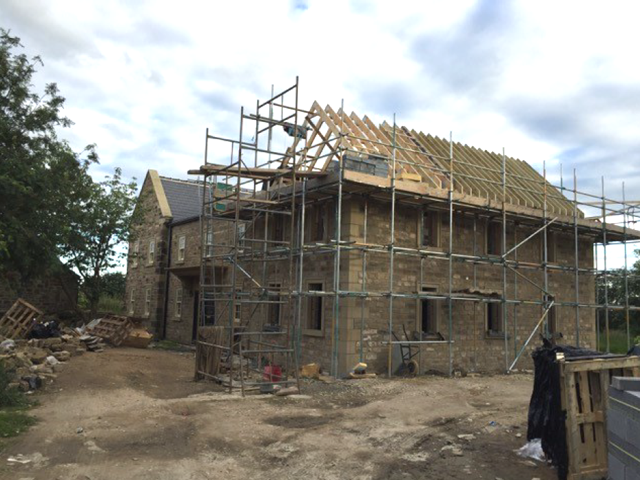 Call us on 01709-730-780 or email us with any queries to see how we can help you with your next building related project.

Back to top of page